Just What Do They Mean by “Renewable Energy,” Anyway? 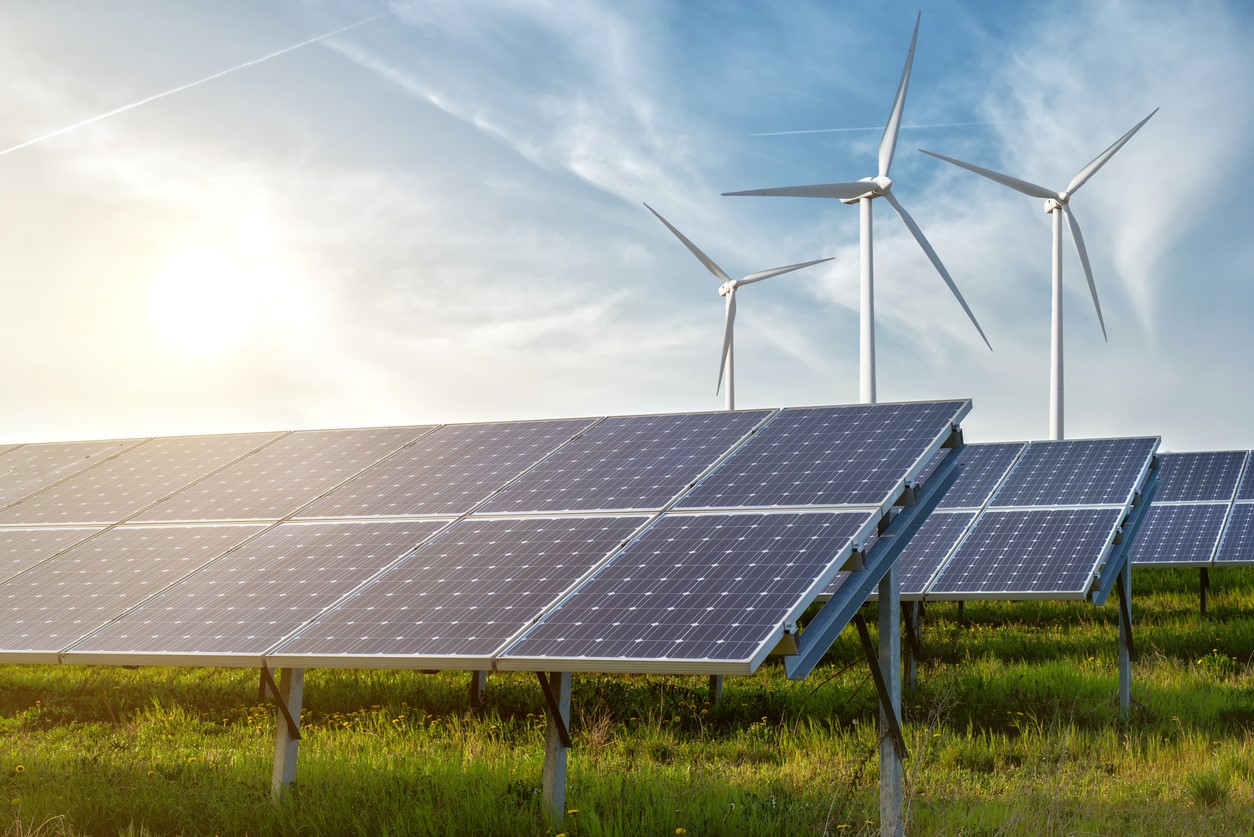 Can you regenerate it? It’s renewable.

Wait, what? Back in school we were taught that “energy can neither be created nor destroyed.” If that’s the case, why the excitement over renewable energy? Isn’t that an oxymoron? All energy is renewable.

That whole created nor destroyed thing has to do with the First Law of Thermodynamics. In physics, energy is transformed from one form to another. So, the energy may not ever be destroyed, but the original source can be used up and not replaced as energy transforms to an unusable state. Keeping that in mind, let’s dig a bit deeper into what’s really meant by “renewable energy.”

Up until the mid-19th century, our main energy supply was wood. Wood is a biomass fuel. You can grow more trees, so it’s a renewable resource. Wood, however, was not a very flexible energy source.

That’s why we switched over to using coal, petroleum, and natural gas. Petroleum is refined from crude oil, which was created by the remains of animals. Heat, pressure, and millions of years turned it into an energy source. The same process turned prehistoric plants into coal.

Dinosaurs weren’t the only contributors to crude oil. The mammals around at the time chipped in, too. So, you could argue that there should be more crude oil created several million years from now, what with the Circle of Life, and all that.

There are two big challenges to that theory:Our appetite for energy won’t wait for several million years.

Thankfully, we don’t have to wait for several million years or necessarily continue to harm the health of our planet. We can—and should—switch to true renewable energy sources where possible. And we are.

The US Department of Energy reports that last year, about 10% of our country’s energy consumption was from renewable energy sources. Those sources include:

The two largest sources are wind and solar, and the biggest users of them are our utility companies. They account for about 55% of all renewable energy used, and they generate about 15% of the electricity we employ in our daily lives.

What’s keeping us from using more?

Cost. Energy from fossil fuel is cheaper to produce than, say, solar or wind energy. And certain segments of our society would prefer to look the other way, ignoring the negative impact of using fossil fuels on the environment and our health.

It’s also a logistical thing. Areas that are favorable for the development of renewable energy sources tend to be located in remote areas. It’s expensive to build and maintain the power lines that would transport solar energy in Arizona or wind energy in Texas to a power-hungry city like New York City all the way across the country. Finally, storing usable energy with battery technology has been historically difficult and inefficient.

But that’s only a temporary challenge. Advances in battery technology are allowing us to store a greater proportion of the energy we produce for a longer period of time. It’s not too far-fetched to consider a time in our near future when many of the things in our lives will be powered by batteries, and many more of those batteries will draw their energy from renewable sources.

A growing number of global companies are contributing to this goal. For example, automobile-maker Volvo announced recently that it will cease to produce gas-only cars after 2019. Some of their models will still use gasoline or diesel, but they will have hybrid engines that mostly rely on battery power.

More than autos are getting into the act

What works for automobiles also works for just about anything that uses an engine fueled by traditional gasoline or diesel. It may be a few more years before you’ll see battery-powered oceangoing ships, aircraft, and large construction equipment. But batteries are taking over several classes of machines.

Smaller construction equipment that runs on battery power is revolutionizing the industry. The benefits go beyond a reduction in the use of nonrenewable fossil fuels. Much of this equipment has a smaller footprint, so it’s more flexible and maneuverable on construction and landscaping sites. These machines are also quiet and don’t emit fumes, which makes them a vastly healthier mix with humans. Noise pollution is often just as harmful as the exhaust pollution created by motors that use fossil fuel. Operating costs are slashed, as well.

How much could you save using a battery-powered mini skid steer in place of the equipment you currently use? Find out for yourself with this cost-saving calculator.