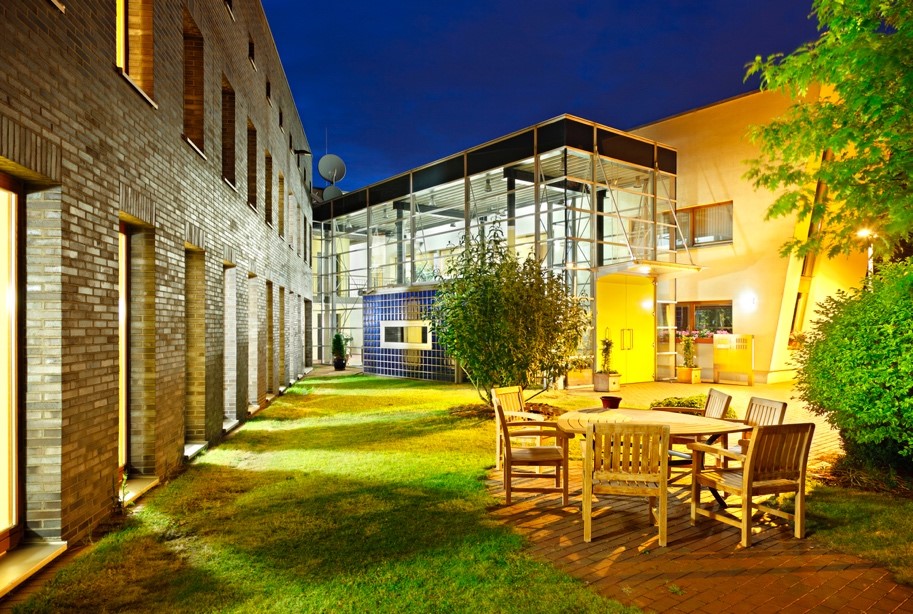 Evolving public tastes and the rise of trends like biophilic design have pushed commercial landscapers to help integrate indoor and outdoor spaces.

Thankfully, commercial landscapers don’t pay heed to the mass production philosophies of Henry Ford – otherwise, they’d be telling us that we can have our landscaping any way we want it, as long as it’s green.

Evolving public tastes and the rise of trends like biophilic design have pushed commercial landscapers to help integrate indoor and outdoor spaces. The hard line of what belongs outside versus inside has been blurred. Here’s what’s going on.

Landscaping in public places isn’t just something to walk by on the way to the building entrance anymore. People want to actually use the areas, which has caused a further union of form and function for landscaping – and it’s in service to enhance the experience.

Both workplace and residential common areas are being transformed to feature areas where people can eat, relax, and even work outdoors. This usually involves lighting and audio/visual systems to help make the area enjoyable throughout the day and into the night.

Think what you like about climate change. The reality is that weather is unpredictable and getting more so. Both the landscaping – and the people using it – need enhancements that can stand up to extreme weather changes, so the spaces can be enjoyed even in extreme heat or cold.

This means landscaping with hardier plant species, or even xeriscaping in areas where irrigation is a concern. You’ll see a growing usage of native grasses and other tolerant plants that are in sync with a region’s climate. Retractable canopies can be installed to protect people during inclement weather. More permanent structures, such as pergolas, can be erected with plants that quickly grow to provide a sheltering canopy.

Commercial landscapers have been moving toward this objective for some time now. It’s reflected in their growing use of plants native to a region. The practice is advantageous because it usually reduces water usage – and sustainability is all about conservation and water management.

Everything else is getting smarter and more efficient, so why should the standard equipment associated with landscaping be excluded? Can anyone say they ever appreciated the noise and air pollution created by lawnmowers, trimmers, and leaf blowers?

A growing number of landscape maintenance companies have made the switch to battery-powered equipment. It’s a common misconception that even the commercial versions of electric landscaping maintenance equipment are less powerful and effective than traditional gas-powered mowers, trimmers, and blowers. Real-world testing shows just the opposite. Here’s an example.

The city of South Pasadena in California switched over to the electric maintenance of its 13 properties after putting existing gas-powered versions head-to-head with battery-powered equipment. It was ultimately discovered that there was only a 2% difference in performance. While the up-front purchase cost of new battery-powered landscaping maintenance equipment was 30% to 50% more than replacing the existing gas-powered versions, the dramatic reduction in operating costs meant that the new electric equipment paid for itself within three to six months. Operating costs for gas and oil were completely eliminated.

Landscapers also discover that a switch to electric equipment like battery-powered wheelbarrows can greatly reduce labor costs. The equipment is electric which makes it non-polluting and quieter, which makes it safer for your workers, too. Find out how fast a Sherpa MCE400 electric wheelbarrow can pay for itself when added to your landscaping equipment arsenal. If you’re interested in learning more please contact Cratos Equipment.