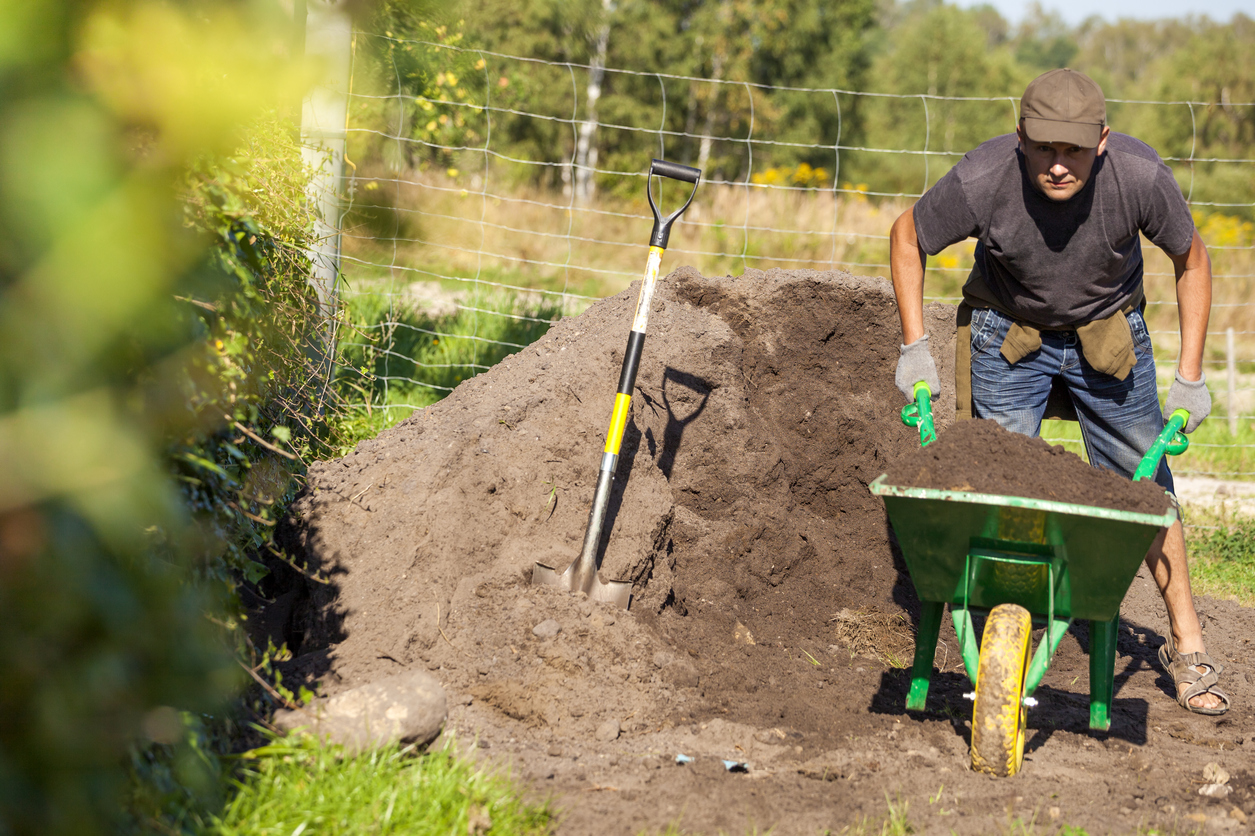 It hasn’t changed much since it was invented, but it’s time for an interesting upgrade.

Thank you, China, for inventing the wheelbarrow. Most historians agree that the earliest of these helpful human mobility tools is documented on the tomb murals of the Han Dynasty’s Emperor Hui in the 2nd century. The design hasn’t changed much. We all knew a good thing when we saw it.

Just about the only thing that would take the average wheelbarrow to the next level was some powered assistance. But fill it up with more soil or sand than you can balance, and you’ve got the makings for a flip-over disaster.

From ancient military application to ultra-modern jack of all trades

It’s believed that the Chinese developed the wheelbarrow to transport military supplies. Today, it’s likely to be used for more peaceful purposes such as gardening and construction. If either of these activities also happens to be your bread and butter, take a look at this battery-powered wheelbarrow by Triple E Equipment.

The PowerPac MCE400 is essentially a wheelbarrow, but it’s been modernized to add a powered assist for hauling anything from construction debris and ready-mix concrete to gardening soil or animal feed. At first sight, you might say that calling this industrial grade light construction tool a wheelbarrow is a stretch.

You mean the one that’s your sole point of balance for those heavy loads? Stick with trying to keep things upright on just one wheel, or balance the load on the MCE400’s 4 wheels. There’s even a similar track version for rougher terrain.

The MCE400 can hold around 1000 pounds. It’s battery powered, which means the electric motor is eerily quiet—and whispers along for up to 10 hours.

Now you’re ready to move some serious amounts of material without taking a toll on your back and shoulders. You’re still in total control, but you’ve got assisted power at your fingertips. You’ve also got the security of an automatic safety break, so you can take a steeper slope without having to worry that you, the wheelbarrow, and the load you were carrying … end up separately at the bottom.

The choice of either wheels or tracks is just the tip of the proverbial iceberg when it comes to tricking out your PowerPac MCE400 – it’s a powerful workhorse of a productivity tool for you. It comes standard with a feature you’ll love: a powered automatic dump feature. No more struggling to aim and push.

If gardening or landscaping is your gig, you’ll appreciate the wood carrying platform option. Angled front and back edges allow you to stack cut logs or branches—a lot of them—and move the load without even having to think about balance.

There are 2 more handy carrying options:

The MCE400 has a few cleaning tricks up its sleeve, too:

The MCE400 is getting a lot of attention from gardening and landscaping businesses because of its versatility and quiet, all-electric operation. An optional water tank configuration makes it handy for larger properties.

It makes dollars and sense

The MCE400 and the rest of the PowerPac line of products are an investment in time and safety. Your workers can easily move up to 1000 pounds in a single trip, but with a greatly reduced possibility of back injuries.

Do the numbers yourself on savings. Here’s a cost calculator that can show you what your net profit can be after 1 year with the MCE400 as part of your team.