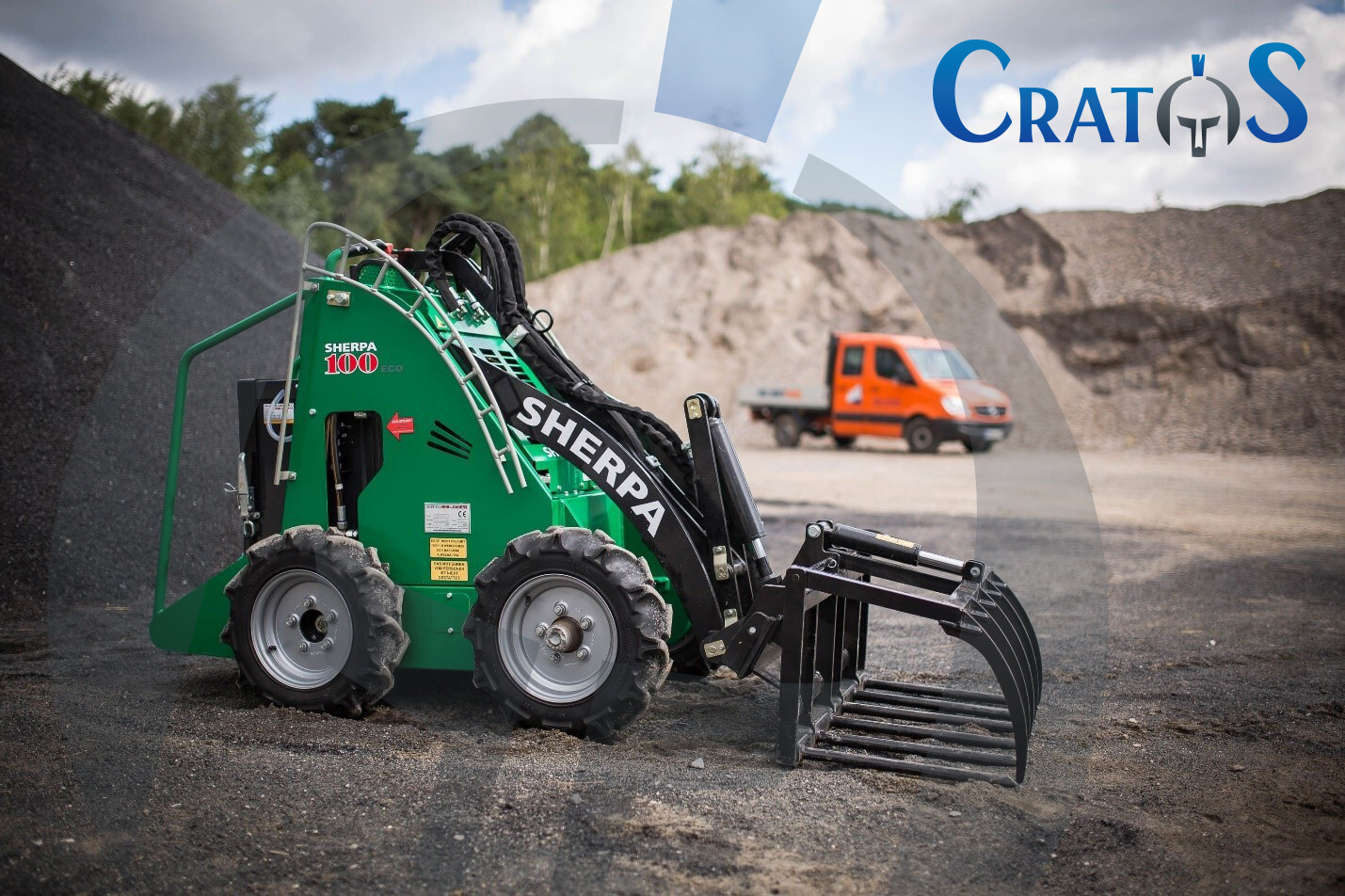 Both are excellent choices, but only one saves on fuel costs and is capable of handling interior work.

It always ends up in a showdown. There’s going to be one competitor to what you’re thinking of buying. They’ll match each other, feature for feature. You might even make the decision that there’s really no winner.

But there always is. You’ll pick one of them, and all else being equal, it will come down to the price. But look a little deeper before you call it a draw. The might be something you’ve overlooked which actually flips the deadlocked comparison. That turns out to be the case with mini skid steers when you put the Toro Dingo up against the Sherpa mini skid steer.

You have to lead off with the number of attachments that are made for the Toro Dingo. Depending on how you count them, it’s at least 35. That’s about equivalent to the 30+ offered with the Sherpa. Both offer choices in:

Toro tells you that the Dingo has a “compact” footprint, and that’s true. When fitted with wheels, the Dingo is 33.7 inches or 86 centimeters wide. That means you can drive it through a standard 36-inch gate.

You’re out of luck if you want to get a Dingo through a standard doorway, however. But the Sherpa mini skid steer easily fits through any standard interior door. It’s only 29.9 inches (76 centimeters) wide.

The Sherpa wins this versatility battle – especially if you’ll be using your mini skid steer for interior work. While it weighs just a bit more than the Dingo at 1,600 pounds, the Sherpa is still light enough to be carried up in a standard passenger elevator. Gliding through any standard door without even having to take it off the hinges makes the Sherpa a much better choice as a piece of equipment that’s just as useful inside as it is outside.

Some might argue that this is an “apples and oranges” type of thing. The Toro Dingo uses a Kohler or Kubota internal combustion engine running on gasoline or diesel to develop hydraulic pressure of up to 3,250 PSI to operate attachments.

The Sherpa 100 ECO has an electric motor. There are no fuel costs directly related to running it, and the Sherpa plugs into any standard 110-volt electrical outlet. Its compact 2-horsepower front-mounted electric motor develops hydraulic pressure of up to 2,756 PSI to run attachments.

Consider the implications of the Sherpa’s electric motor. It’s just as powerful as the Toro Dingo but there’s no internal combustion engine. In its place is a 360-amp battery pack that will power the Sherpa mini skid steer for up to 8 hours. Equipment fuel and maintenance costs often comprise the majority of your operating budget. Unexpected spikes in fuel costs can wreck your bottom line. Those costs—and related concerns—literally vanish when you decide to go with the Sherpa instead of the Dingo.

Battery-powered operation makes the Sherpa whisper-quiet in most situations, so it can work side-by-side with your crew without the need for hearing protection. Even more important than sound friendliness is the absence of harmful exhaust from an internal combustion engine. It’s why the Sherpa can boast clearance by OSHA for indoor use. Sorry, Dingo.

So, while it’s fair to say you might not be able to make a direct power plant comparison, it is possible to rate these two mini skid steers for their usefulness based on what makes them get up and go. The Dingo develops slightly more hydraulic pressure with its internal combustion engine. Will you notice the difference using the battery-powered Sherpa? Probably not, and likely only if you’re pushing either mini skid steer to its limit.

What you would notice is that the slight bump in muscle requires a bigger footprint, and that makes the Toro Dingo only useful for outdoor work. Even if size wasn’t the issue, the internal combustion engine would rule out the Dingo for inside use without extensive ventilation infrastructure. The Sherpa can go anywhere inside. It’s quiet, it has zero emissions, and it’ll cost you less to operate and maintain.

Use this calculator to see how much it’ll save you, and how fast a Sherpa can pay for itself.

These two mini skid steers are, in many ways, evenly matched. What gives the Sherpa 100ECO a massive advantage is its size, cost/operations savings, and diminished impact on both workers and the environment.